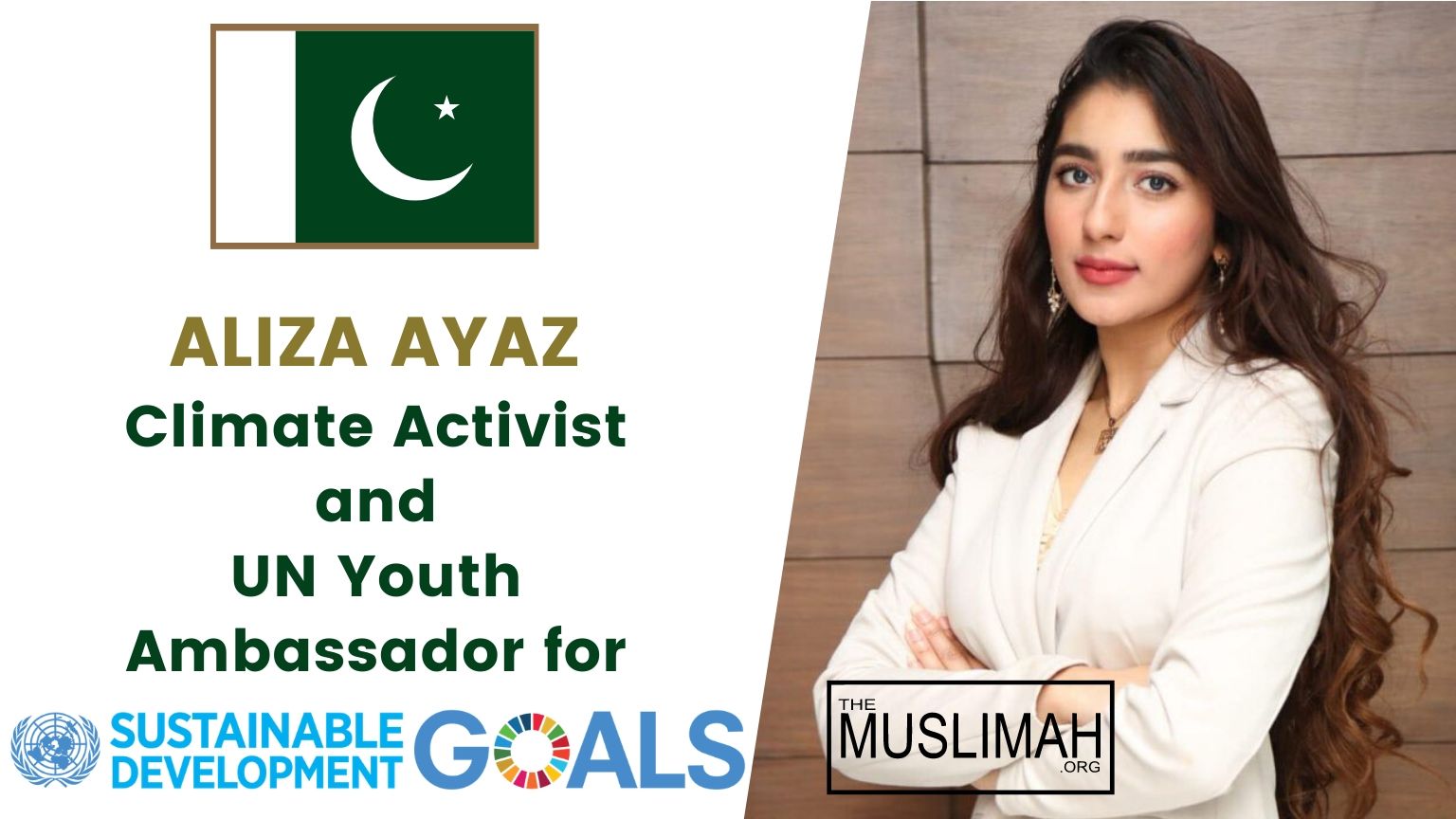 Between living in Pakistan and attending college in the United Kingdom, Aliza Ayaz straddles many worlds. But no matter where she is, she works to combat a globe-threatening issue: climate change.

Aliza Ayaz is an international climate activist who transformed a college club — Climate Action Society at University College London — into a full-fledged nonprofit organization that now works alongside the United Nations and UK government. But at home, in Pakistan, Aliza Ayaz is more than just an activist: she’s a symbol of change, an emblem of the country’s progress towards a future that is youth-led and (fingers crossed) women-run. She was born and raised in Karachi, the metropolitan city of Pakistan and completed her early education form Karachi Grammar School.

“The beauty of my work and passion is that it inspires leadership,” said Aliza Ayaz, who is currently a graduate student at UCL pursuing a degree in infectious disease epidemiology.

“Nothing was being done about [climate change],” she added. “I very clearly saw a solution in the talent that we had in the form of youth.”

Aliza Ayaz, who received the UK Youth Outstanding Commitment to Sustainability Award at UCL, was appointed a youth ambassador for Sustainable Development Goals at the United Nations just last month — making her the second Pakistani woman to be a youth envoy after Nobel Laureate and education activist Malala Yousafzai.

She was also recently invited on CNN with Christiane Amanpour, during which she spoke about the severity of the climate crisis in Pakistan and how an emergency must be declared sooner rather than later.

According to The 2021 Global Climate Risk Index, Pakistan ranks 8th out of 10 countries most affected by climate change in the long term. In 2015, more than 1,200 people died due to a heat wave in Karachi, most of them living in “congested settlements,” according to Dawn News.

Prime Minister Imran Khan has been recognized for speaking on issues of climate change and planning to plant 10 billion trees over the next 5 years, but the Pakistani population has mixed feelings about climate change, Aliza Ayaz said on CNN.

In Ayaz’s experience, being an environmentalist in Pakistan has been a relatively positive and rewarding experience, in the sense that she is able to bring awareness to the issue without much backlash.

But hiccups certainly exist — Aliza Ayaz complains of security issues since she is constantly in the public eye. Often, she said, her car will be followed or journalists will dig up her personal phone number.

Misuse of her words is another issue. Many times, she said, she will find herself quoted in a newspaper campaign for a politician she’s never met, or writers will misinterpret what she says.

And, of course, dealing with condescending politicians, typically men, is its own trial. “They will treat you as just a pretty girl who’s intelligent, who speaks English, is doing something,” Ayaz said. “They don’t take you seriously.”

But, Ayaz added, her international experiences have given her enough credibility to get her message across. Especially with her peers, her opinions and actions are valued and respected in Pakistan, which is not the case for many young women in the country.

In the United Kingdom

Over in the UK, Ayaz’s struggles come from being a young woman of color. Securing funding or proposing policy to boardrooms full of white men is unwelcoming, if not intimidating.

“You can often be talked down to and you constantly have to prove your worth, your qualifications, your drive,” Ayaz said about being a woman of color. “I think if I was a local woman, a white woman, it would have been easier.”

Ayaz founded Climate Action Society as a freshman, and she was able to  incentivize students to participate by giving them positions they could put on their résumés. This was the key to growing a large student army advocating for climate change, she said.

Soon after, Climate Action Society was adopted by various universities across the country, including King’s College London and University of Exeter.

What made Ayaz’s climate change society successful in comparison to other environmental clubs, she said, was the fact that she had found the “missing ingredient” — showing school officials, like the chancellor at UCL, that she was willing to work with them, not against them.

Even when securing a meeting took 50 emails, Ayaz was determined to make people listen. Without persistence, Climate Action Society would not be the international nonprofit organization it is today.

Ayaz’s goal as an environmental activist is to bring attention to the global crisis and help protect those disproportionately affected by climate change, but she also hopes that others, especially women, will raise their voices too — whether about climate change or another issue close to their hearts.

“If stories like mine can be heard around the world, it will trigger something,” Ayaz said. “It will remove passiveness, even if it is just for a second.”

Author: Zoya Hasan, she is a journalism student at New York University. She enjoys reporting on a variety of topics, but anything intended for social justice is her turf.