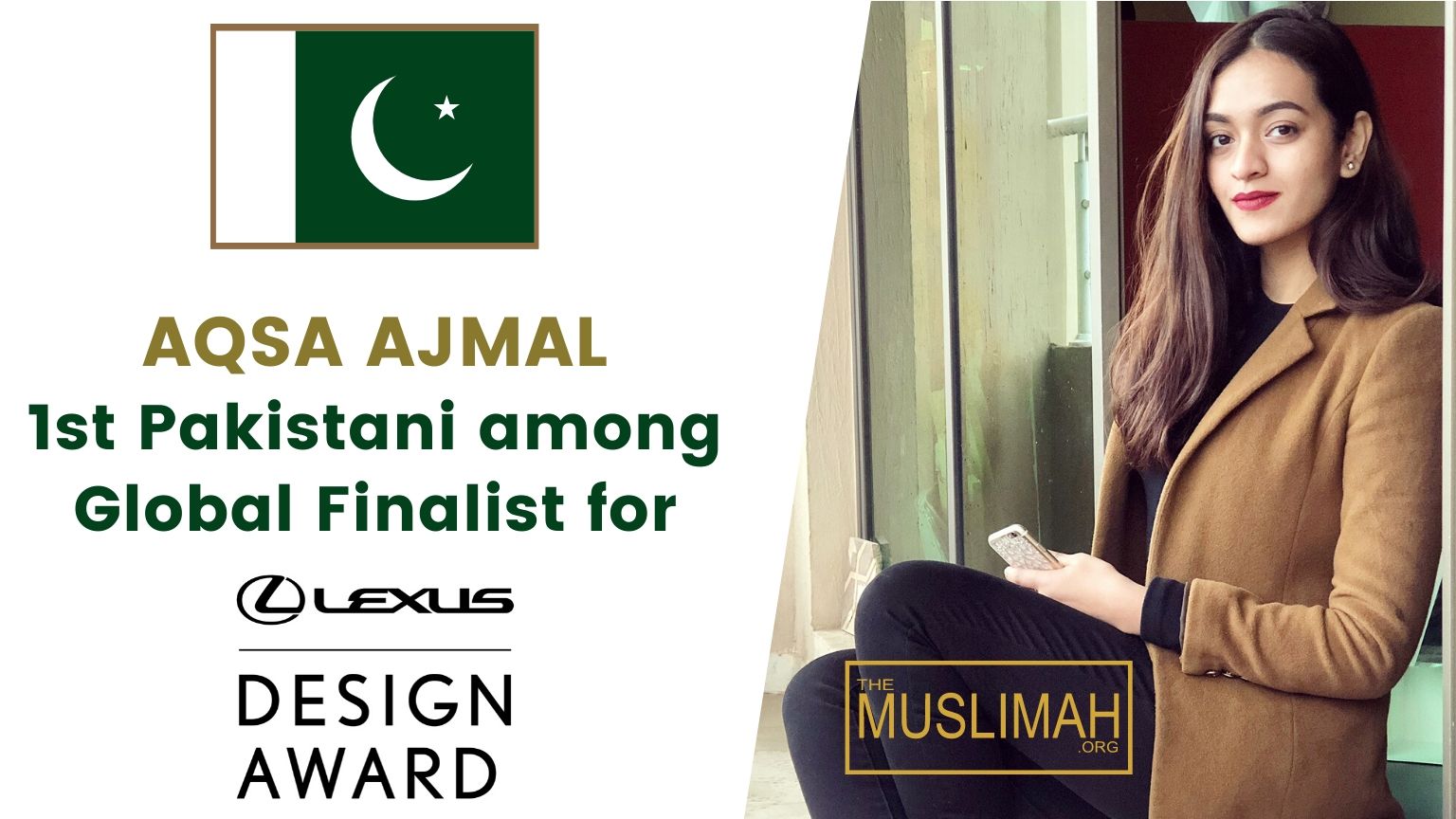 Ms Aqsa Ajmal an Industrial Design graduate from the NUST School of Art, Design & Architecture (SADA) has made headlines for seizing a slot amongst the 6 global finalists for the prestigious Lexus Design Award 2020.

Lexus announced the 6 finalists for the Lexus Design Award 2020 in the last week of January, from a record-setting 2042 entries from around 79 countries. The proposals were selected on the basis of their expression of the three key principles of the Lexus brand – Anticipate, Innovate, and Captivate with an emphasis on design that leads to a better tomorrow.

Aqsa’s final-year project ‘Pursewit’ is a sewing machine exclusively designed for visually impaired people with low-income backgrounds. The machine is ergonomically designed and being developed with special embedded features to enable differently-abled individuals to operate it without any hassle, and, in so doing, earn a livelihood for themselves and their families.

In an interview Aqsa Ajmal provided a lowdown of her journey from uncertainty to success – which was certainly not earned overnight. “Honestly, I knew very little about industrial design before joining NUST. I explored a few fields and was unsure about which programme to pursue,” she confessed. “Initially, I struggled with my grades a lot and at numerous occasions, I considered giving up. But gradually, I found my pace and began to settle. As time progressed and with thorough determination, I found myself constantly vested in various domains of my degree.”

Aqsa Ajmal then recalled a neighbour and friend that, after a devastating accident, had lost her eyesight. “It was very difficult for her to come to terms with how she couldn’t pursue her studies anymore. Not to mention, special education and equipment such as braille in Pakistan are quite expensive.”

This gave rise to the young engineer’s desire to build a machine that could empower not only her neighbour but every visually-impaired person out there. “I wanted to make her feel valuable, and that inspired me to create a concept which would help generate employment opportunities for her and individuals liker her.”

Aqsa Ajmal then went on to explain how her intentions led her to Lexus. “After my graduation, I went to Egypt for an internship. When I returned, I came across the Lexus Design Award and applied for it. Lexus announced its six finalists in the middle of December, and from a record-setting group, I was among them! Following this, I got a chance to attend an exclusive mentorship programme in New York from world class designers.”

Aqsa Ajmal is currently working on her prototype under the supervision of co-inventor Mr Jawwad Zaidi, HoD Industrial Design at NUST SADA. She will showcase her prototype, along with prototypes of other 5 finalists, at the Milan Design Week in Italy, tentatively scheduled to be held in April 2020. Each finalist has received an amount of over USD 25,000 to cover prototype production costs.

The youngster has also been invited to the Milan Design Week 2020, where she will be presenting her concept to even more people. “My aim is to create a functional prototype for the design week and attract individuals or companies who’d provide the necessary resources in making this a plausible phenomenon – which is easily accessible in the market.”

Aqsa Ajmal concluded that doing this would also provide her with the opportunity of highlighting the demographic that can benefit from such initiatives. “This could affect communities at large. Involvement at a general level may lead to increased awareness at a political level, spur financial support for the projects and help advancement.”

She reinstated that the government and non-profit organisations are investing in projects like these to create more employment opportunities. Thus, more people should come forward with similar ideas and empower the nation as a whole.

First launched in 2013, the Lexus Design Award is an international design competition that targets up-and-coming creators from around the world. The award seeks to foster the growth of ideas that can potentially contribute to social uplift.