For Muslim Women in Niqabs, the Pandemic Has Brought a New Level of Acceptance | Tasmiha Khan 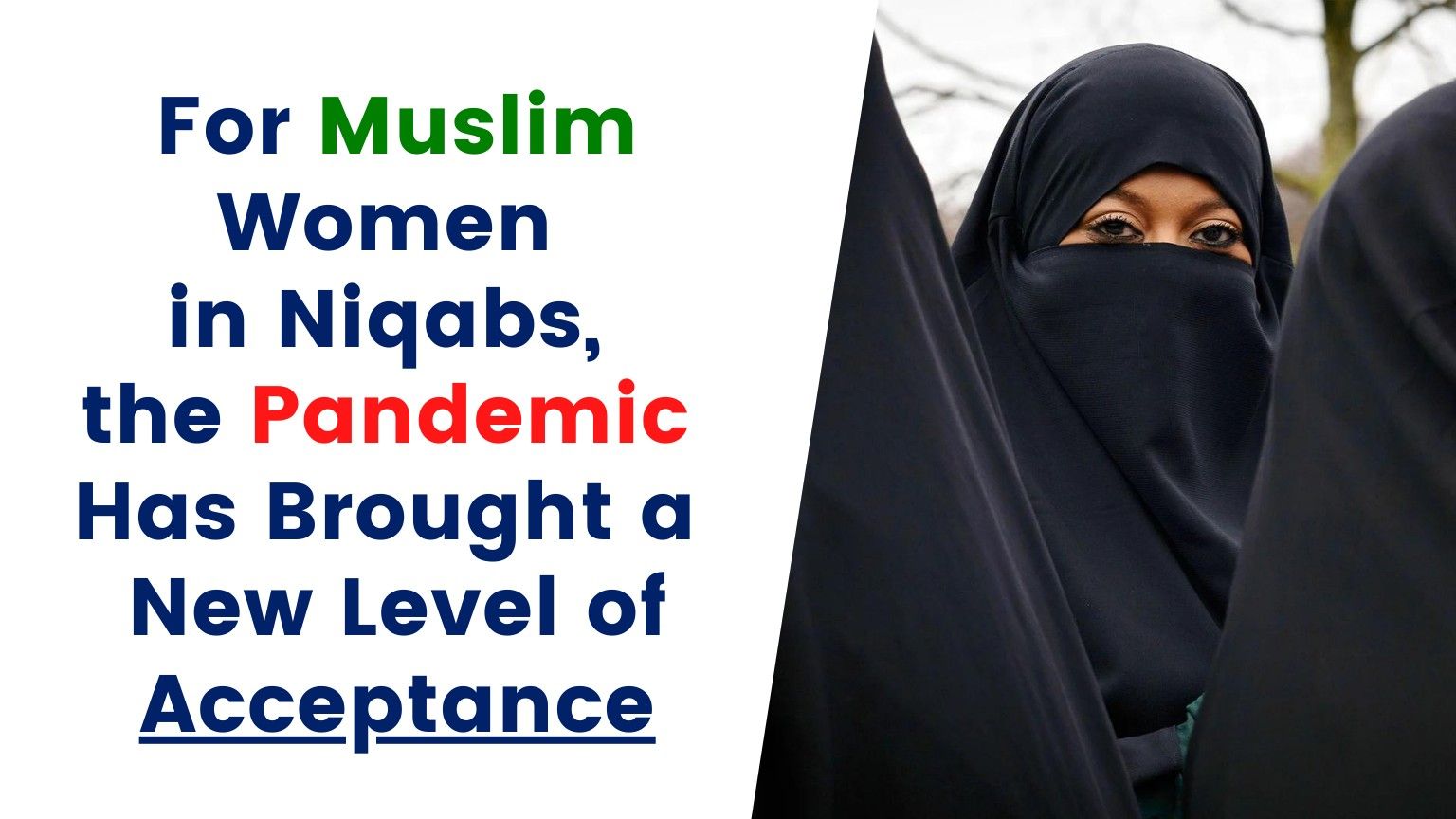 Things feel different for one Baltimore-area Muslim woman lately when she shops at her local Trader Joe’s. A Muslim woman who observes niqab—a face veil that masks her nose and mouth—she has noticed fewer people giving her looks, probably because they’re covering their own faces too. “There’s less staring and hateful comments,” she said. “Before, as a niqabi, I would stick out. With the mandatory face masks, niqabis are being more accepted.”

A Niqab or niqāab (face veil) is a garment of clothing that covers the face, worn by some Muslim women as a part of a particular interpretation of hijab (modest dress).

For Muslim women accustomed to being the only people in their communities covering their faces in public, the COVID-19 pandemic has brought an unexpected, and welcome, change. A niqab is different from a CDC-endorsed face mask, and worn for a different purpose, but it now stands out far less—and the women who embrace niqab may have reason to hope it will continue to be more accepted even when the pandemic is over.

For those who observe niqab, it is considered to be an act of devotion to God, and a form of modesty and protection. They are a more common sight in Muslim countries like Saudi Arabia and Pakistan, and have been a cultural flash point in France, where they remain banned in public even as COVID mask laws have gone into effect. Even as American Muslims become more visible in Congress and in pop culture, Islamic attire like the niqab or a burqa can carry a stigma.

“The attitude of most people is of repulsion toward this piece of cloth,” the Baltimore-area woman said. “They view it as unnecessary, scary-looking, ultra-orthodox, and oppressive. I’ve always felt isolated, judged, and uncomfortable wearing it. Just like with everything, this current pandemic has changed things for niqabis, veiled-face women.”

Faced with a mask mandate in her town of Bloomingdale, Illinois, Umm Zahid, a mother of four, decided to use the niqab for the pandemic: “It’s much easier and natural for me to just use my scarf as a niqab too,” she said.

“As a niqabi, it feels like finally everyone has come over to my side,” the Baltimore-area woman added. “It’s never been easier wearing it. I feel comfortable going out knowing that I’m following my religion as well as helping everyone stay safe.”

Rabiya Ghani of Skokie, Illinois, endured pointing, stares, and questions about her niqab in the past. Now, she said, “The niqabs [and] masks are becoming more acceptable, and that shows that we are in it together in this pandemic, and hopefully after too, in the unknown future.”

In Britain, where Prime Minister Boris Johnson has refused to apologize for comparing women in burqas and niqabs to “letter boxes” and “bank robbers,” the pandemic is making a difference too. “Now that everyone has to wear a mask, [they] realize that the niqab isn’t a weird practice after all,” said London resident Fatima Barkatulla. “The reason why people don’t like the niqab is because they aren’t used to seeing it. Many people who don’t interact with Muslims feel an aversion to it, and the media created a narrative that the niqab is a political statement, when it isn’t. People now see that covering your face is a symbol of safety and protection.”