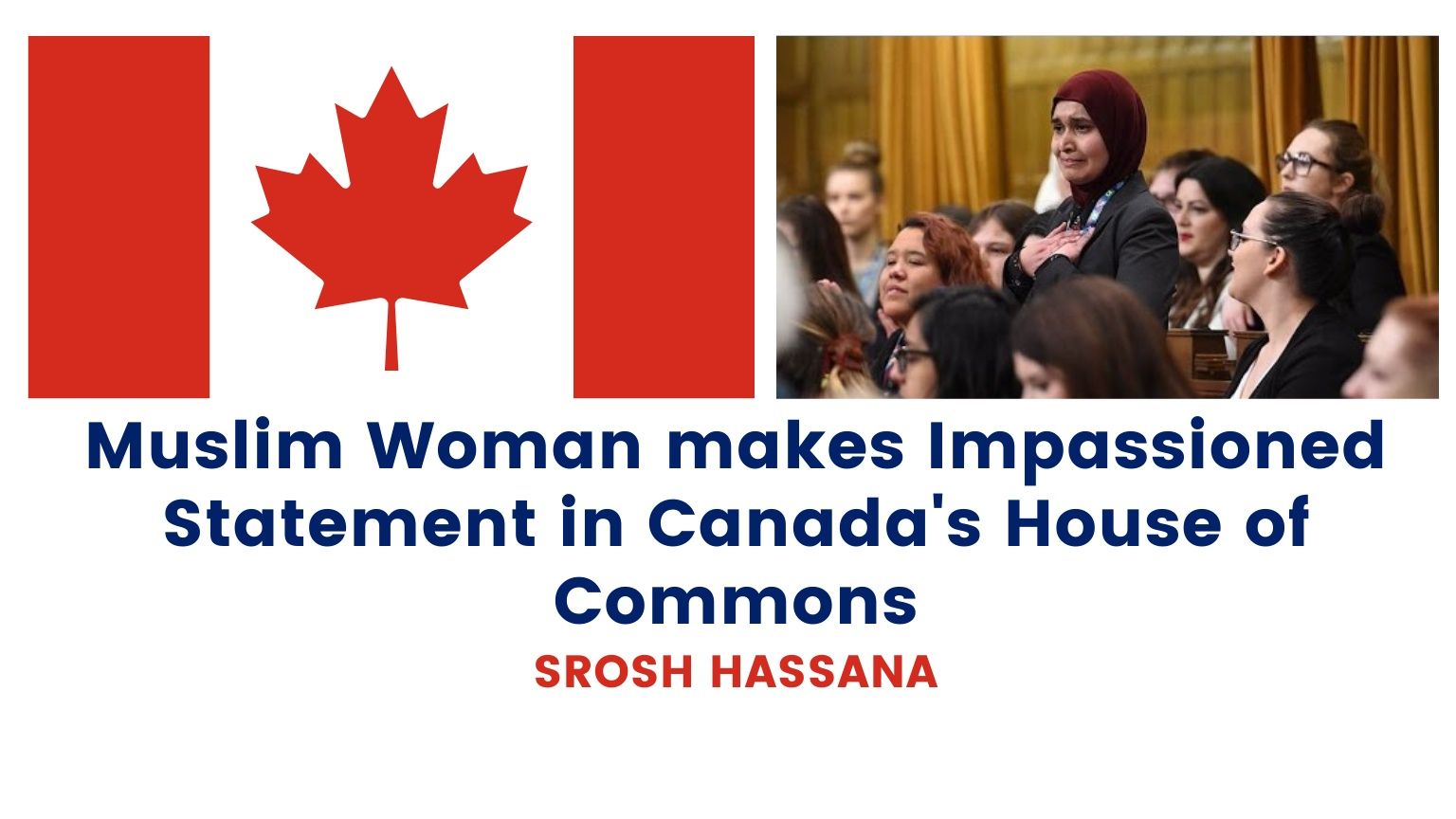 A Pakistani-Canadian Muslim woman, Srosh Hassana, taking part in the Daughters of the Vote event on Parliament Hill, addresses Islamophobia and xenophobia in an an emotional statement in the House of Commons on International Women’s Day.

As a Muslim woman of colour, in a time of overwhelming stigma, I fear of being othered, profiled and killed

The Edmonton-area student was one of 338 women brought to the House of Commons in Ottawa for the Daughters of the Vote campaign, which brings women leaders from across Canada to Parliament Hill to encourage political participation.

Before making an impassioned speech in front of more than 300 women in the House of Commons on Wednesday, Srosh Hassana hadn’t even heard of Equal Voice, the organization that allowed her the opportunity.

Hassana’s 186-word speech about Islamophobia and xenophobia in Canada took her almost three minutes to deliver through her own tears and the thunderous applause that interrupted her sentences.

Srosh Hassana a student of Muslim University of Alberta, denounces Islamophobia in House of Commons speech:

Madam Speaker, Islamophobia is a heavy word in today’s discourse, but it is heaviest for those who are on the receiving end of it. As a Muslim woman of color, in a time of overwhelming stigma, I fear of being othered, profiled and killed in a country I call my own. My identity is challenged. And my actions are heavily scrutinized. I’m simultaneously silenced into shame while being expected to apologize for the actions of a small group of people that do not represent me.

We are all shaken from acts of terrorism, but they affect our communities most because they divide us from within as well as from other Canadians. Whether we have been contributing for generations or whether we’re new immigrants seeking refuge or opportunities. We are Canadians. We all have a responsibility to challenge a growing culture of ignorance rather than justifying xenophobia and prejudice under the veil of free speech.

My heritage is not a political platform to campaign on. Unless cherished as complex and as rich as its people. This is my Canada and there is no seat for hate here.

Niqab, How Does It Work? | THE BASICS, how to wear the niqab | Niqabi Nextdoor