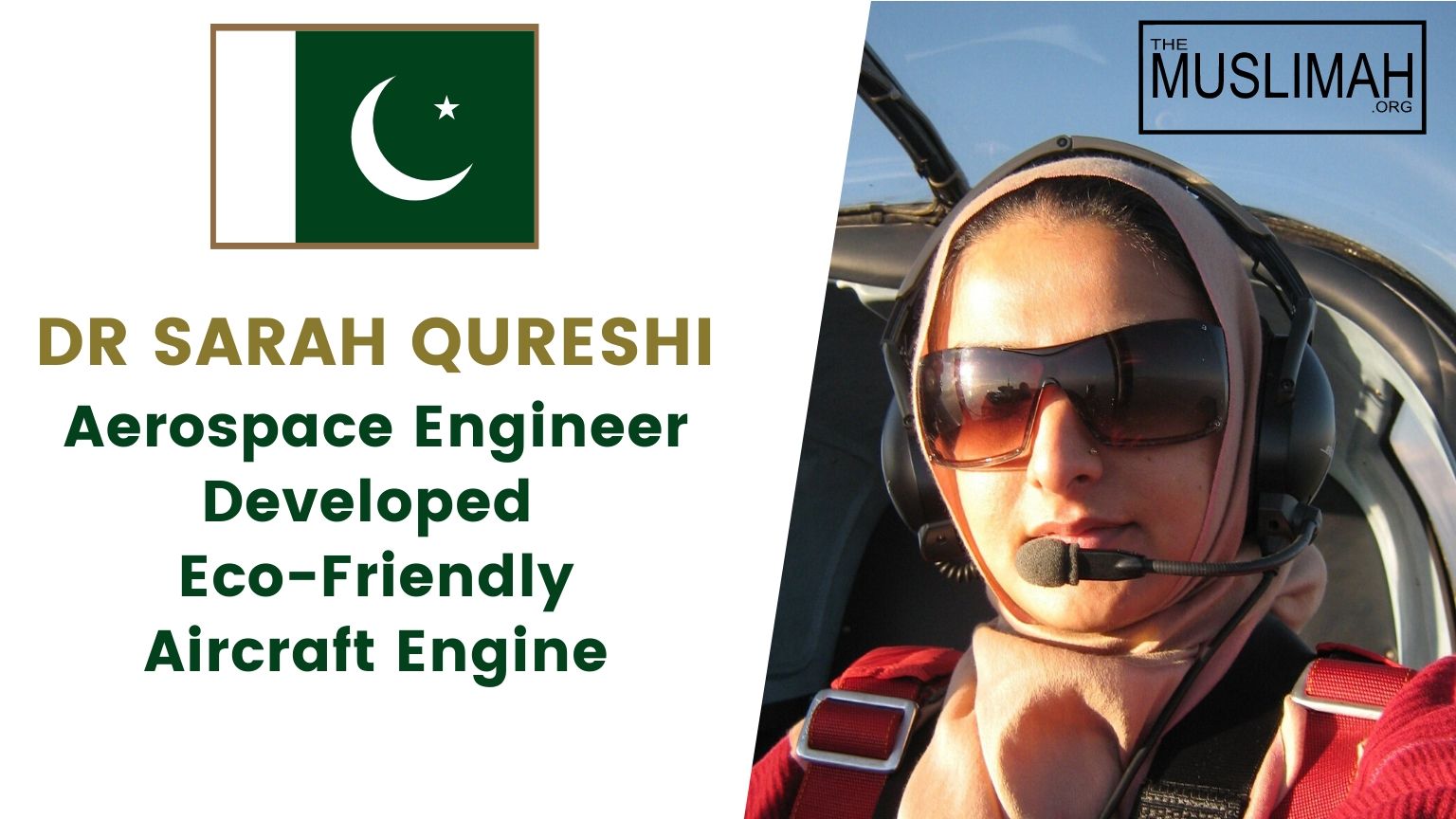 With an immense passion for aviation, care for the environment, the experience of flying, and powered by a PhD degree, a female Pakistani scientist is on a mission to save the planet by transforming the aviation industry.

The Pakistani aerospace engineer aims to solve a problem no one is addressing. The aeroplane emissions and aviation industry’s role to tackle it became a discussion at climate change meetings in 2019 after the young climate activist, Greta Thunberg, decided to sail across the Atlantic rather than fly.

“The climate challenge for aviation in the atmosphere is huge and the industry is aware of the problem. At Aero Engine Craft, we are devoted to offering a solution to save the planet by reducing aviation’s climate impact due to contrails,” said Dr Sarah Qureshi in an interview with Gulf News.

Invention: How does a contrail-free aircraft engine work?

Dr Sarah Qureshi believes her invention can reduce the impact of aircraft pollution due to contrails, which we hardly notice. “You see that white thin streak that jets leave across the sky? Those are artificial clouds called contrails (condensation trails),” produced by aircraft engine exhaust”, she explained.

The hot water vapour, a combustion byproduct of hydrocarbon fuel burn, when released in the atmosphere instantly freezes, as the temperature is extremely cold at 10,000 metres altitude. The climate impact of contrails or ice clouds that can trap heat inside the atmosphere has remained neglected even though studies suggest that contrail clouds have contributed more to warming the atmosphere than all of the carbon dioxide (CO2) emitted by aircraft. The scientific community believes that the contribution of contrails is five times high than that of CO2.

This is where Dr Sarah Qureshi’s contrail-free engine can help address the potential effects and make air travel sustainable. “Our invention is a turbomachinery which can be fitted onto an engine to separate out the water vapour of the exhaust emissions and contain it on the aircraft to be released before landing to reduce global warming,” benefitting both the environment and the aviation industry in the long run. The technology, she says, does not have a direct impact on unmanned aerial vehicles (UAVs) because drones have smaller engines, shorter flight times and fly at low altitudes.

From aviation enthusiast to aerospace engineer

“Aviation has been a passion for me since I was a child as I grew up in a family of scientists and engineers,” she shared. By the time she completed her A levels, she had her eyes set firmly on life goals. The Islamabad-born engineer completed her bachelor’s degree in mechanical engineering from the college of electrical and mechanical engineering of the National University of Science and Technology (NUST) as the only female student in her class.

She then pursued a master’s in Aerospace Dynamics and a PhD in Aerospace Propulsion, both from Cranfield University, UK – known as the only university in Europe with its own airport and aircraft. “The biggest support after my family came from my professors. My PhD supervisor insisted that my research project has a lot of commercial promise.” In between the academic endeavours abroad, she worked for over five years in Pakistan’s manufacturing and automotive industries. She also conducts aviation programmes and lessons for kids to instil in young people a love of flying.

Making of an aerospace company in Pakistan

With passion, professionalism and purpose combined, she decided to move back home to establish Pakistan’s first private commercial aerospace company, Aero Engine Craft, together with her father, Masood Latif Qureshi, in 2018. Dr Sarah Qureshi developed the engineering model and simulated the design of the engine in Pakistan as part of her PhD research project. “My father, a scientist, is the inventor of this engine with whom I am working to convert this patented technology into a commercial application to be used by the aviation industry.” The company received seed money on equity funding from Karandaaz Pakistan that supports women-led startups and some help from National Incubation Center at LUMS.

“If we can build it locally and become self-sufficient in this technology, Pakistan would become one of the very few countries in the world that develops aircraft engines,” affirms Dr Sarah Qureshi. “Besides, Pakistan would be offering the world a solution to the problem of climate change” to help attain Sustainable Development Goals (SDGs). “The government should encourage public-private partnerships to efficiently and optimally use the resources and expertise that already exists.”

Working in a field where women make up a very tiny percentage with the biggest gaps in technical and leadership positions, what she has achieved is revolutionary not only for Pakistani women but all around the world. For women in the technical field, maintaining the work-life balance can be hard but the key is “to be proficient at multi-tasking and prioritizing your tasks.” At times, she has to take her 8-year-old daughter to work. “I even take her to meetings. This actually comes with its own positives as she is learning a lot. My daughter says she wants to be an astronaut”. Her strength, the scientist says, comes from her family, especially her parents and husband.