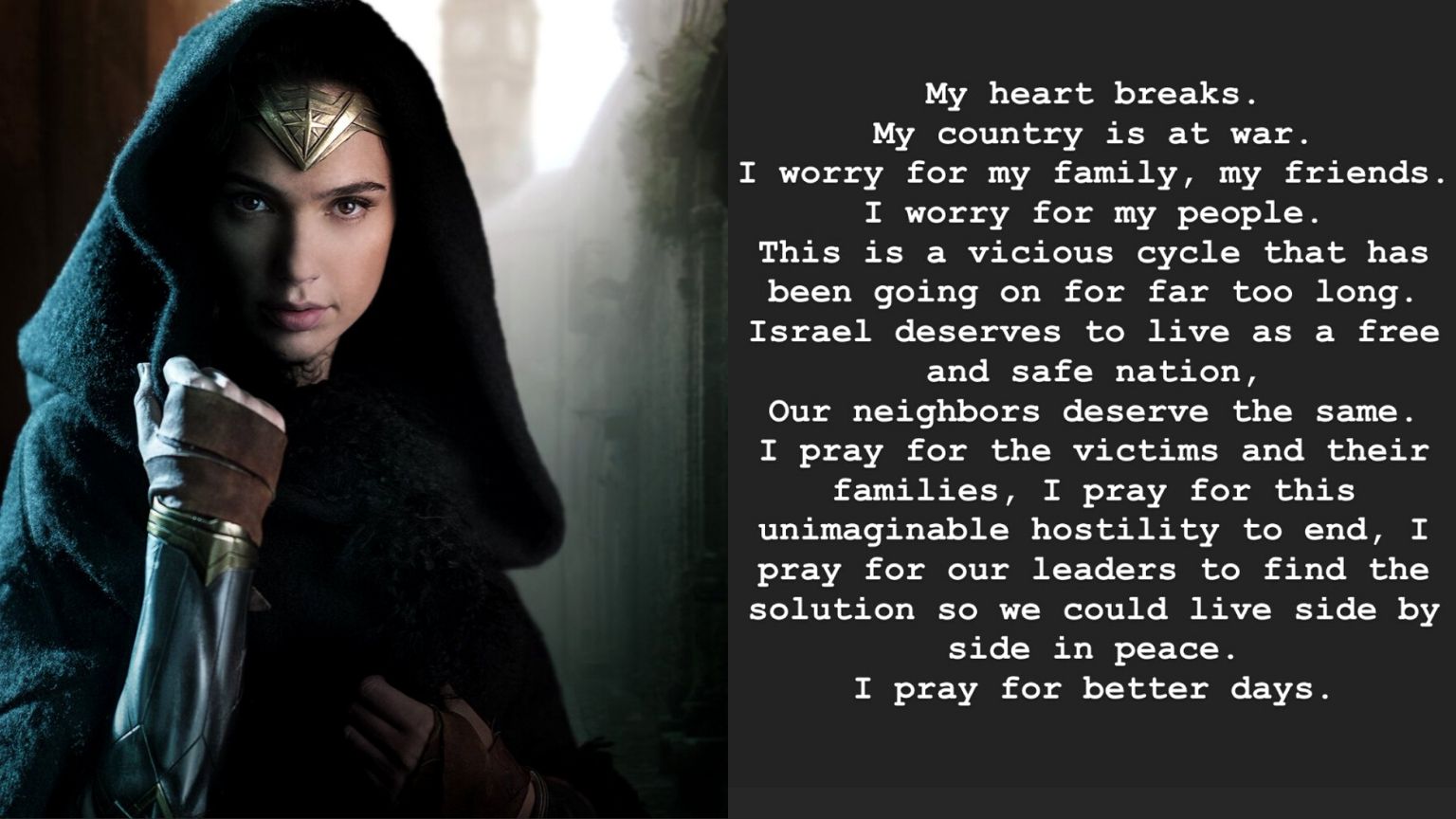 Wonder Woman star Gal Gadot has received a backlash online over her tweet about the attack of Israel on Gaza.

The Israeli actress, model and former Miss Israel spoke up on Twitter, expressing her heartbreak, announcing, “My country is at war.” Saying she worries for her friends and family, she said the vicious cycle needs to come to an end. In the most controversial part of her statement, she said, “Israel deserves to live as a free and safe nation, and our neighbours deserve the same.” She finished off by praying for better days.

This user was sharp with his words, telling Gadot that she is wrong. “Israel occupied the Palestinian land and now are dominating it illegally.”

This user felt the best strategy to correct celebrities that are seeking to neutralise the Palestinian struggle was with cold hard stats.

In other words, what’re you even on about, Gal Gadot?

We are glad people are there to correct those trying to swerve mounting public opinion against the ethnic cleansing of Palestinians. The internet is united in believing that it is now more important than ever that facts are presented as facts, and problems are viewed as they are, and not through lenses of socio-cultural and political narratives.

Newsletter Signup
In this article:Israel, Palestine
Up Next: