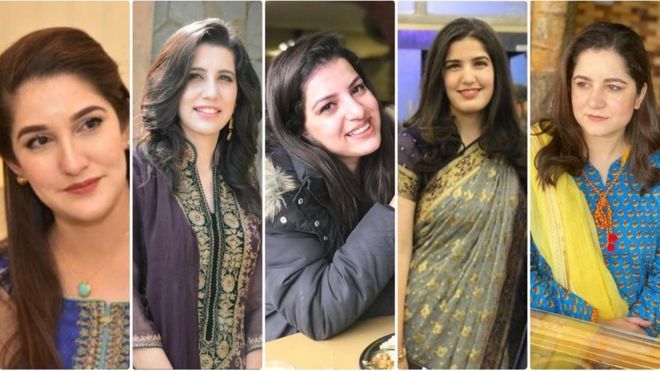 When the final results of the 2019 CSS exams in Pakistan came out on Wednesday, there was a name of Zoha Malik Sher among the successful candidates for whom a job in Pakistan’s civil service has become a matter of home. Carrying the family tradition forward, Zoha Malik is the fifth in Sher Sisters to have set the unique record in her family.

The Central Superior Service (CSS) Examination in Pakistan is considered the benchmark of excellence. However, the “Sher” sisters proved that intelligence runs in the family, with all 5 sisters clearing their CSS exams, with the fifth sister clearing the CSS 2019 exams just recently. Prior to that, her 4 sisters were also working in various government positions after doing CSS.

The 5 sisters hail from Haripur District, Khyber Pakhtunkhwa Province, and the five daughters of Malik Rafiq Awan and Khurshid Begum received their early education from a convent school in Rawalpindi.

CSS exams are extremely competitive and difficult. Only a portion of the candidates get through and only a handful ace the exam. CSS 2019 was no different and now the results are out. The wait was gnawing away at many but the outcome was worth it for some.

The Father of “Sher Sisters” couldn’t be more proud. In an interview with BBC Urdu he said:

When my daughters were born people console me rather than congratulating me. But I always knew that they will make me proud more than any son.

Zoha’s elder sisters are already serving in prominent positions in the government. These include Laila, who passed the CSS exam back in 2008 and is currently serving as Deputy Commissioner at the Board of Revenue in Karachi, and Shireen who took the examination in 2010 and was appointed as director of the National Highway Authority shortly after.

In 2017, Malik’s other two sisters Sassi and Marvi too sat for the exam, and much to everyone’s surprise aced it remarkably. They have been working as Chief Compliance Officer at the Lahore Cantonment Board and Assistant Commissioner in Abbottabad respectively.